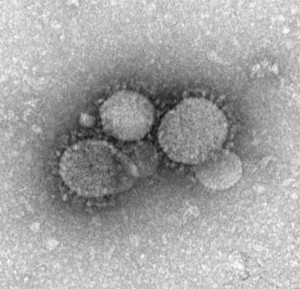 Back in the fall I mentioned the new SARS-like virus, MERS-CoV, which has been causing severe illness, and sometimes death, mainly in the Arabian Peninsula. Four months ago, 103 cases had been reported worldwide, about half of them fatal. Now, 177 cases have been reported, with 74 deaths. The cases are almost all located in the Arabian Peninsula, with 80% of them in Saudi Arabia. We haven’t seen any cases in the US yet.

In August, The Lancet reported that MERS-CoV is commonly found in camels in the Arabian Peninsula. A follow-up study published in The Lancet a few weeks ago found that a camel farm in Qatar was linked to human cases. MERS was not only detected, but the genetic sequence was similar to the strain infecting the human cases on the farm. This study doesn’t tell us whether the camels infected the people or vice versa, but it does suggest that it’s circulating between camels and people.

We’ve been encouraging health care providers to keep an eye out for patients with severe acute respiratory illness who have recently returned from the Middle East. Our Arizona State Public Health Laboratory can test for MERS, and we actually did test one patient in December (the test came back negative). Hopefully, we’ll never have a positive case here, but if we do- our state and local epidemiologists are ready to respond to prevent disease spread.