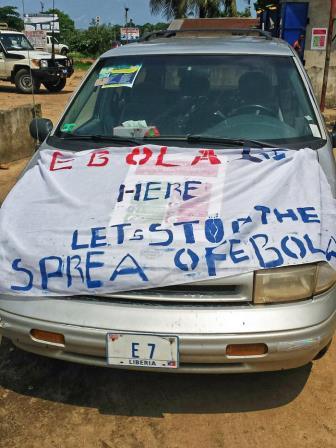 The pace of the Ebola outbreak in West Africa has quickened over the last few weeks.  There have now been over 4,900 cases and 2,400 deaths (half in the last month).  The WHO has warned that by October, we may see the number of Ebola cases doubling every three weeks.  For several months now, the caseload has overwhelmed the capacity of the response teams.  The virus has gotten ahead of them.

Last Tuesday (at CDC Headquarters) the President announced the American deployment of medicine, equipment and 3,000 military personnel to accelerate the response to the Ebola outbreak.  The WHO has released its Ebola response roadmap, which strives to stop transmission in affected countries and prevent international spread.  Through worldwide coordination of support, education, resources, and trained staff, this map would lead West Africa to outbreak control within the next 6-9 months.  If everything goes according to plan, this might work.

Arizona is doing its part.  We’re maintaining Ebola experts here at the department, and passing on new knowledge and guidelines to hospitals and clinicians.  We’re notifying the public of any new developments and supporting our CDC assignees who await deployment to CDC’s Emergency Operations Center.  We’re a small part of the Ebola response roadmap, but we’ll continue to respond as needed.