The Answer is Blowin’ in the Wind

Home/Preparedness, Prevention/The Answer is Blowin’ in the Wind
Previous Next

The Answer is Blowin’ in the Wind 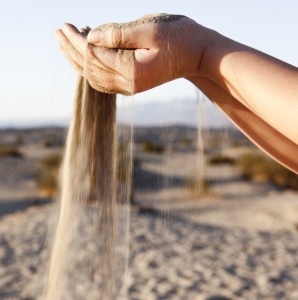 Another AZ monsoon season has come and gone.  The seasonal winds blow more than dust in the air, they stir up questions and concerns about Valley Fever. Those who have been in Arizona for a while may know that Valley Fever is a lung infection caused by a fungus that’s common in our desert soil (below 4,000 feet).  In most cases, people with Valley Fever have mild symptoms that they may confuse with the common cold, such as cough, fatigue and shortness of breath. However, some people can have serious disease including meningitis (brain infection) and pneumonia (severe lung infection). People can have symptoms for a long time or may need to be hospitalized- especially the elderly or those with weak immune systems.

We’ve been partnering with county health departments and the U of A’s Valley Fever Center for Excellence to monitor this uniquely western disease for years and have done a lot to increase public knowledge about the risk factors of this disease. For the past decade, we’ve seen consistent increases of Valley Fever and we aren’t sure why- except that more people are being tested because of better awareness.  Some folks think that increased exposure to dust like being near construction or more fungus in the soil or standing outside in a dust storm may be some of the reasons for the increase in Arizona.

To better prevent and control this disease, our epidemiologists are working to find out more about possible connections between dust storms and Valley Fever.  They conduct interviews with those who have been sick and review hospital records. In addition, they collaborate with our Public Health partners to help educate doctors and the public on how to better identify symptoms and when to test for Valley Fever.