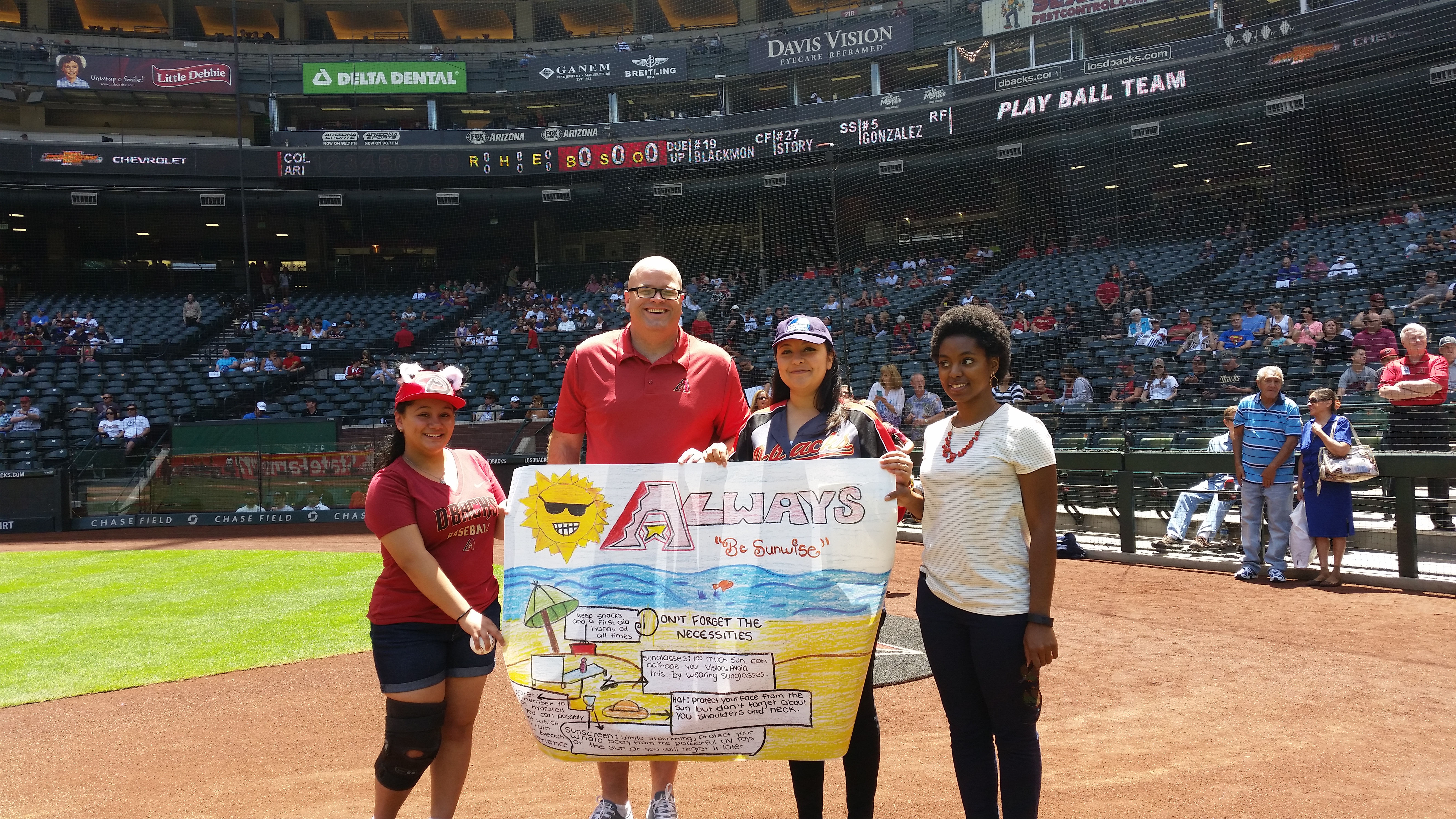 May 1st brought an official close to the 2016 SunWise poster contest, as the winner, Kassandra Loya, was presented before a crowd of more than 25,000 cheering fans at the Arizona Diamondbacks vs. Colorado Rockies game. The partnership of the Arizona Department of Health Services’ SunWise program with the Arizona Diamondbacks has been instrumental in reaching youth across the state to encourage participation in a great learning opportunity.

The poster drawing contest, now in its thirteenth consecutive year, increases student awareness about sun safety and skin cancer prevention. The contest themed, “Be SunWise and Play Sun Smart,” invites students to depict ways to prevent skin cancer, such as wearing a wide-brimmed hat, using sunscreen, and wearing a long-sleeved shirt. Kassandra’s drawing will be featured as the SunWise Sun Safety Program’s 2016-2017 campaign.

Kassandra, a 7th grader from Wade Carpenter Middle School in Nogales, AZ, was accompanied by her teacher, Mr. Brian Donnelly, as well as her mother, two sisters and grandparents. She was featured on the stadium Jumbo Tron prior to the start of the game, and the presentation was further enhanced when to her great surprise, Kassandra was asked to throw the opening pitch. Excitement turned a bit to nervousness, but she was successful in her endeavor of reaching home plate.

Arizona Diamondbacks pitcher, Robbie Ray, caught her opening pitch and autographed the ball, which was then given to Kassandra as a memento of the unforgettable experience. It is through school participation and community partnerships that we are able to spread messages of sun safety and the importance of instilling skin cancer prevention behaviors early in life.