The Governor signed the budget this week – here’s a look at how some of it affects public health:

Behavioral Health Services for folks that don’t Qualify for Medicaid

The budget that was just signed includes about $39M in new funding for services for folks with a serious mental illness that don’t qualify for Medicaid.  With it, we’ll be able to provide some services like supported employment and housing, peer and family support, living skills training, and health promotion to help folks along their Recovery journey.  We’ll also be expanding the list of medications for the folks with a serious mental illness so it matches the list for folks that qualify for Medicaid.  Our behavioral health team has already begun working closely with the RBHAs, providers, and members/families to plan for the most effective use of this funding.

Our newborn screening program has been running in the red for the last couple of years- despite the fact that we’ve squeezed just about every efficiency out of the program and are collecting more than 95% of our service fees.  The current screening fee is $30 for the 1st (hospital) screen and $40 for the 2nd (which happens in the pediatric office a couple of weeks after birth).  These fees haven’t been raised in several years- meanwhile the instruments and reagents we use have become increasingly expensive.  We’ve been supplementing the program with Title V funds that really should be used for other more effective purposes. The budget that was just signed allows us to set new fees for the 2nd screen in Rule…  and we’ll be starting that process shortly.

The “Budget Reconciliation Bill” or BRBs included specific instructions regarding how much counties are obligated to pay (50%) for the patients and residents at the Hospital and ACPTC (the sexually violent person’s unit). 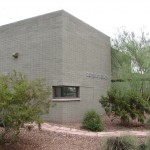 Despite all our efforts to reduce overtime, cut shift overlap, streamline services and other efficiency measures- our hospital operating fund was headed for big trouble next fiscal year- partly because the Hospital Fund (which had provided funds to operate the Hospital) went dry. The state budget that was just signed rescued us from needing to cut our staffing ratio’s to below Licensing standards (which would have put us in jeopardy of losing Medicare and Medicaid funds).  Whew.