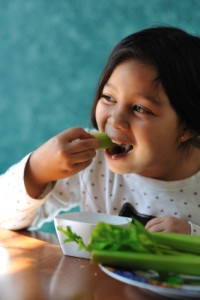 There’s increasing evidence that whether a person will have a healthy weight as an adult is influenced by nutrition and physical activity in the first 5 years of life.  In fact, a new study this week in the New England Journal of Medicine suggests that overweight 5-year-olds are 4 x more likely to become obese later in life.

That makes our Women Infant and Children program a critical leverage point in turning the tide on obesity.  WIC focuses on the nutritional and overall health of families with kids aged 0-5.  Back in 2009 we moved to a healthier food package, and we’ve ramped up our nutrition assessment and education activities with evidence based practices.  This week we got some encouraging performance measures in from WIC suggesting that our efforts are paying off.